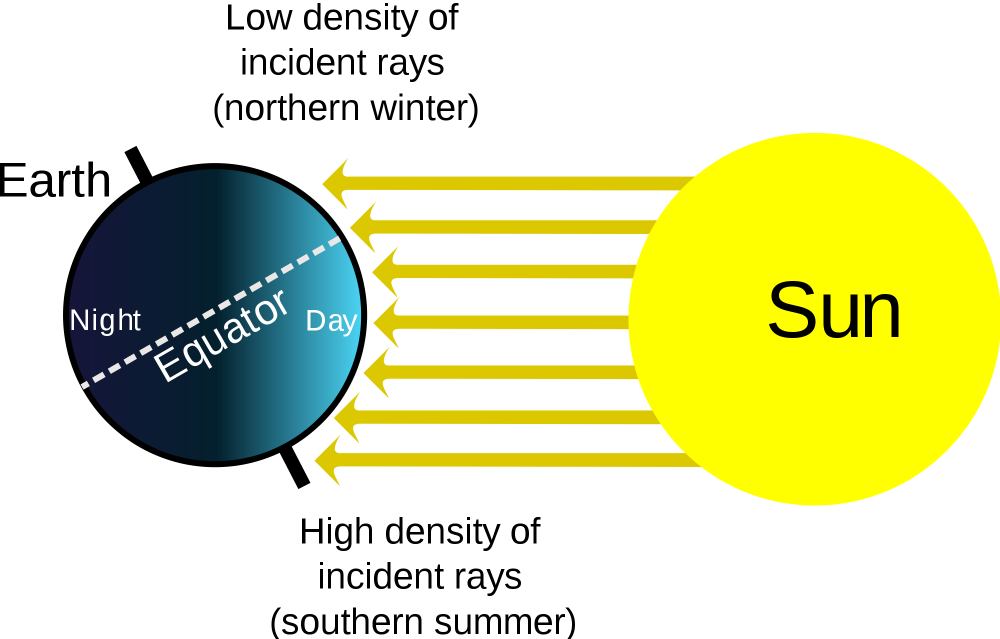 Sun exposure can be obtained anytime throughout the year.  Winter, spring, summer or fall humans can reap the benefits of the suns vital energy.  But there are limitations to how much you can get depending not only on the time of year but also your latitude.

Obviously, locations closer to the equator are going to get the most direct rays of sunshine on average.  What most people don’t understand is that the summer solstice is the time of the year in America when we get the sun’s most direct rays.  No time thorough the year are the sun’s rays more direct than this day.

People often confuse heat with UV rays.  It doesn’t have to be hot necessarily for someone to get a good sunburn.  I’ve had my face reddened by the winter’s rays on a bluebird powder day in Colorado’s high country.  But there are so many factors as to the amount of sunshine you’ll get in a given outdoor session.

Take the skiing aspect into consideration.  The bright white surrounding snow magnifies the rays of the sun that are normally absorbed into the darker ground in any other non snowy winter environment.  Places in the southeastern united states don’t get snow covered grounds very often whereas other places in North America can keep a snowpack for several months.

Places with the same latitude can often have more or less snowpack on the ground based on their surrounding geography.  A desert for instance doesn’t get a whole lot of snowfall but a mountainous region can really park it on throughout the year. Or possibly they aren’t in the high country but they are near a body of water that can kick a lot of moisture that then becomes frozen precipitation.  Think lake effect snows in the Buffalo, NY area.

But the high country has another way of giving you an extra winter time sun tan that you wouldn’t normally experience at the same latitude in another lower part of the country.  The altitude can actually cause greater UV ray exposure.  How is that you might ask?

Think of yourself on a ski resort at say 10,000 feet above sea level.  The sun’s rays actuarially have 9,000 feet LESS of atmosphere to travel to in order to be felt on your skin.  Think about it.  That’s 9 thousand feet less of atmosphere to filter the sunshine coming down.

Not only is is less thickness of sky to travel through but it is often times really dry in the high country.  The air can’t hold the same amount of moisture that warmer, lower air can.  So you have all that much less water vapor to travel through as well.

Ever seen a bright blue Colorado sky?  There’s nothing quite like it but you’d better put a dab of sunscreen on that schnoz of yours if you plan on hanging out for very long.  That is unless you like the idea of red nose.